How to Cook and Eat Dandelion Greens – Edible Weeds

Most people think of dandelion as an annoying weed. But did you know that all parts of this plant are edible? Dandelion is loaded with vitamins and other health benefits, so if you have them growing in your yard, why don’t you try eating them?

Before harvesting dandelions for food, it is important to make sure that you are gathering them from an area that has not been sprayed with chemicals or used as a bathroom for dogs. Additionally, you must be sure that you have correctly identified the right plant. 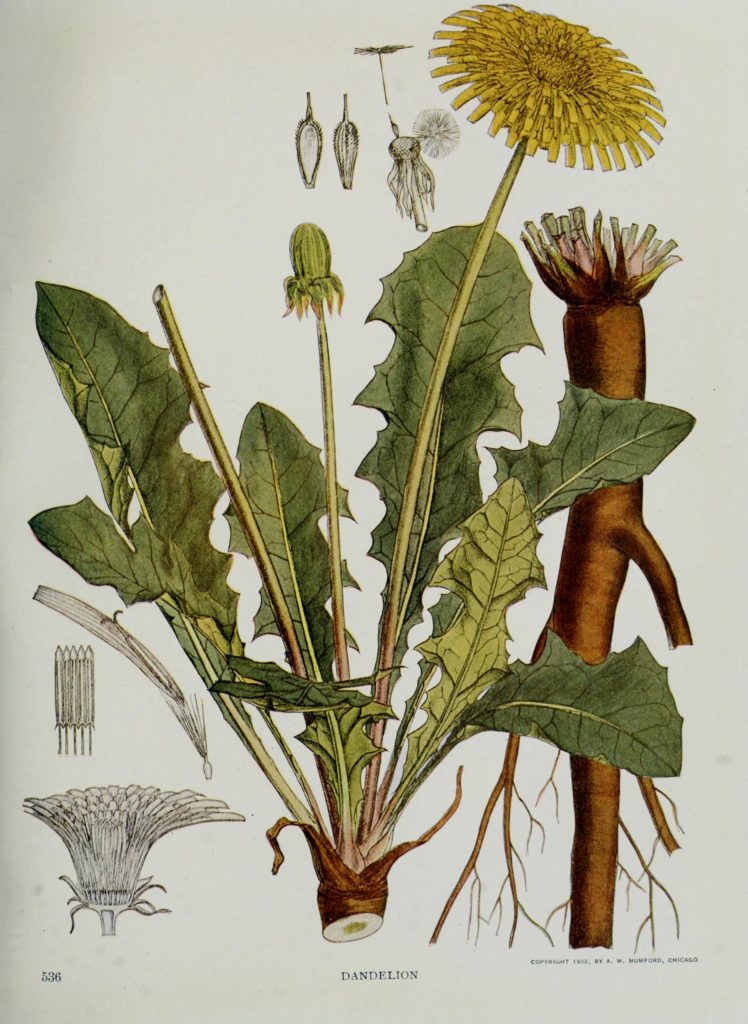 Dandelions are so common that it may seem silly to think of getting it mixed up with another plant, but there are a few look-alikes that can trick you. Dandelion leaves have a jagged shape and grow in a rosette formation. Chicory leaves look very similar, but while dandelion leaves are smooth all over, chicory leaves have hairy undersides. 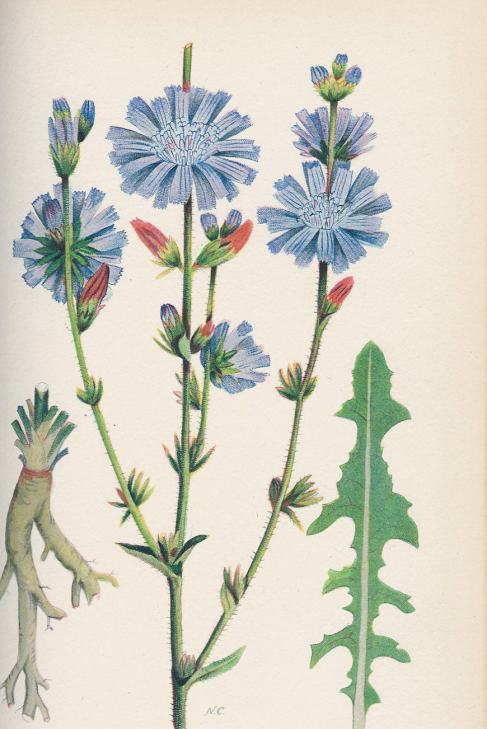 Chicory by Another Fork in the road

Wild lettuce flowers resemble dandelions, but their stems are branched and have many flowers on each plant. There is also a plant called cat’s ear that looks sort of like a dandelion. However, cat’s ear has a more wiry stem, the flower has fewer petals and the leaves are hairy and less sharply toothed. If you look closely, it should be simple to correctly identify dandelion. 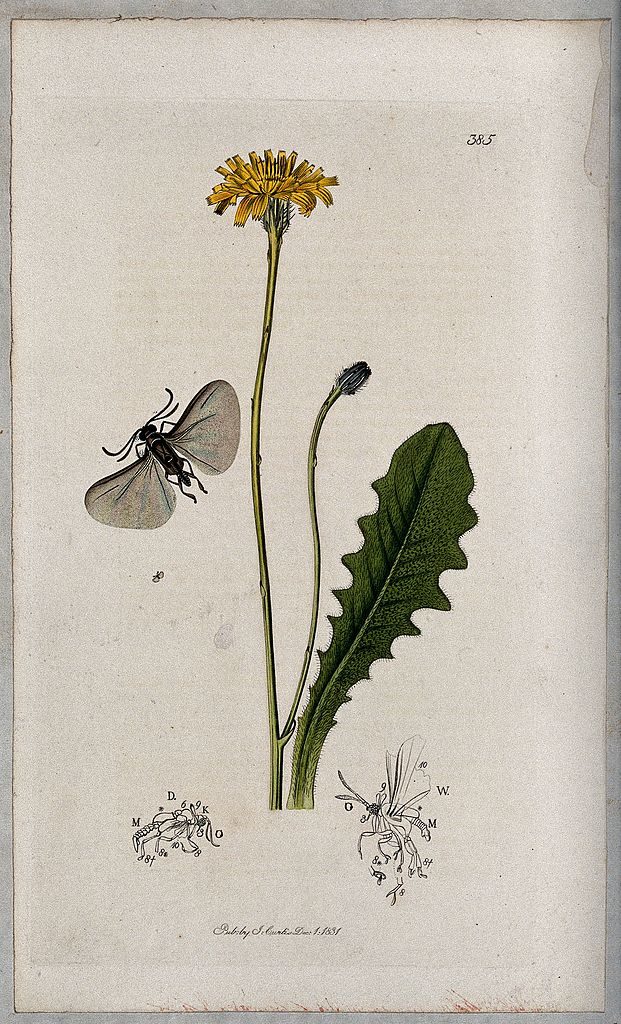 Dandelion leaves contain significant amounts of vitamins and minerals and can be eaten raw or cooked. The best time to harvest dandelion leaves is in the early spring before the plant blooms. Once dandelion starts blooming, the leaves become a lot more bitter and contain a white milky sap.

Unlike most plants that produce a milky sap, dandelion is not poisonous. You can harvest dandelion greens any time if you don’t mind the bitter taste, and they can be served in many different ways. Try it in a salad, pesto, steamed or fried. And add some to your smoothie daily!

How to eat Dandelion root

Dandelion roots can also be eaten, and they are commonly used as a coffee substitute. The roots should be dug up either in the early spring before the plant blooms or in the fall after the first frost. The roots are good for your liver. If you want to make dandelion root coffee, you can chop the roots, roast them in the oven, and dry them. Then, brew either instead of or in addition to coffee grounds.

How to eat Dandelion Flowers

The familiar yellow flowers of dandelion are also good to eat. 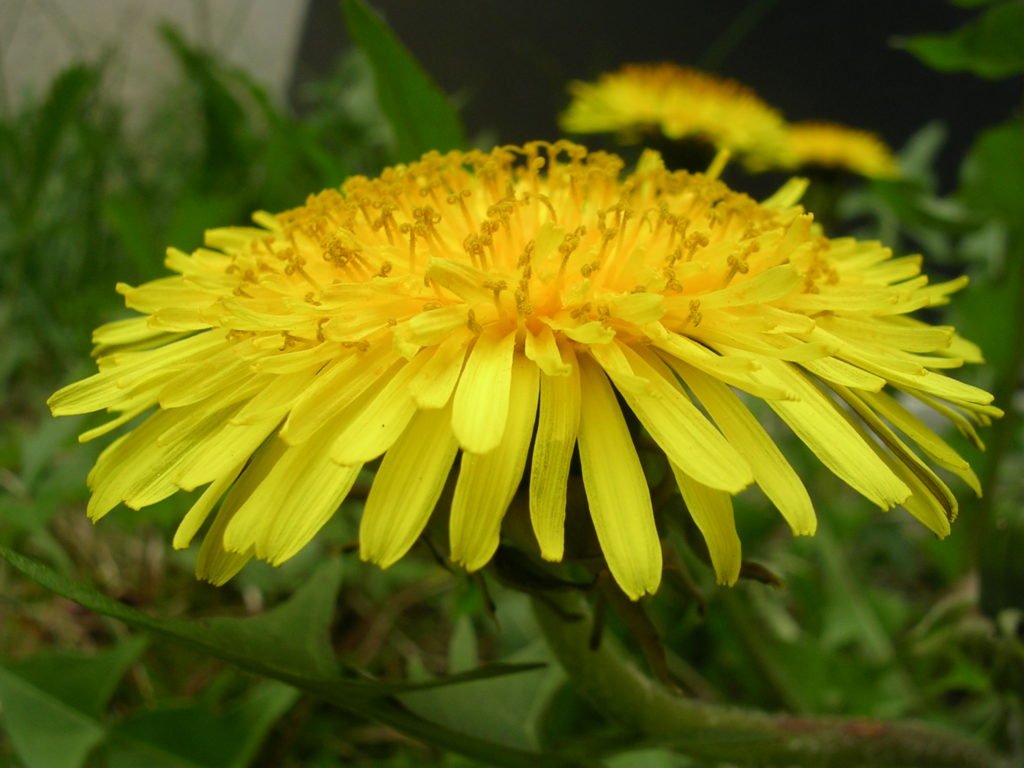 They are very tasty when dipped in batter and fried. Some people also make dandelion flower cookies. The green sepals at the base of the flower impart a bitter flavour. This doesn’t matter if you are frying the flowers, as they are still tasty, but for some recipes, you may want to separate the sepals from the yellow petals.

Flower petals can be sprinkled raw onto a salad for a colourful garnish, or made into a syrup. To make dandelion syrup, simply boil the petals in equal parts sugar and water, or two parts water and one part sugar. You can also make dandelion jelly, or dry the petals for tea.

Are the stems edible?

Dandelion stems are often overlooked, but they too are edible. Try pickling the stems using your favourite pickle recipe, or chopping and cooking them like a vegetable. Some people say that the sap inside a dandelion stem can be used to remove warts. If you want, try it and see if it works. 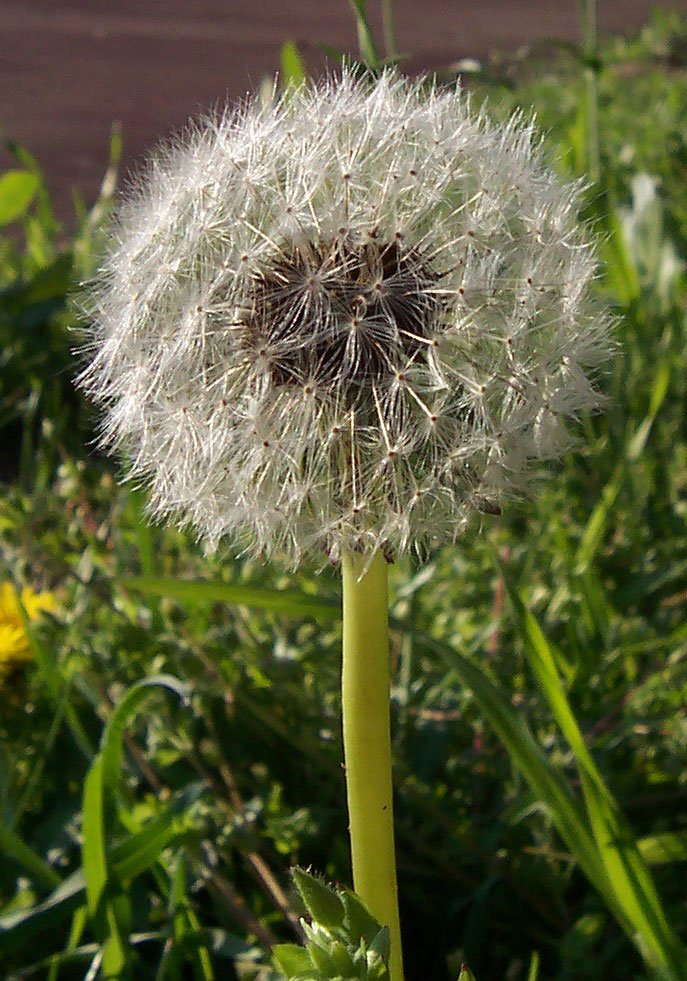 Most people don’t know this, but dandelion seeds are edible and good for your liver. The tricky part is separating the seeds from the white hairs, which are there to blow the seeds in the wind to a place where they can grow into new plants.

If you want to gather a lot of dandelion seeds, put them into a plastic bag, fuzz and all. Then, rub them with your hands. Most of the seeds will fall to the bottom of the bag. You can also just munch on a few of the tiny seeds when you’re hanging out outside, picking the fuzzy hair off each one. Dandelions are in the same plant family as sunflowers, so think of the seeds as tiny sunflower seeds.

If you gather seeds and don’t want to eat them, you can also use them to grow your own dandelion microgreens.

Where to buy Dandelion plants

In Australia, Herb Cottage is an excellent plant nursery for herbs including Dandelion. You may need to subscribe to be notified when they are in stock, as they are a little hard to come by.

EBay doesn’t offer plants as far as I could tell, but does have a range of seeds. Seeds are generally easy to propagate as long as its high quality.

If you are an adventurous cook and have dandelions growing in your yard, try cooking with them. Chances are you won’t be disappointed.